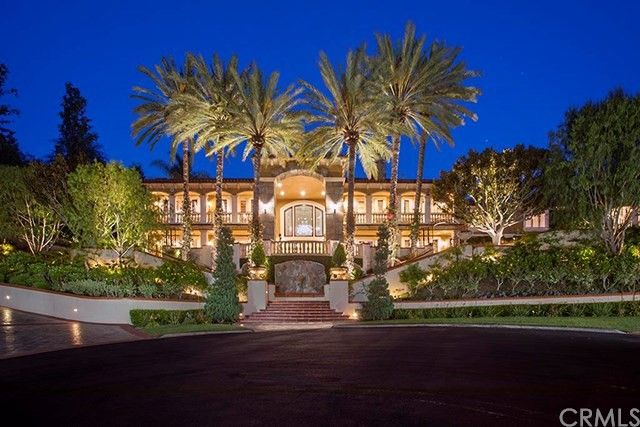 Median real estate price in Coto de Caza is $1,302,710. Coto de Caza is a suburban neighborhood (based on population density) located in Trabuco Canyon, California. In Coto de Caza, the current vacancy rate is 3.7%, which is a lower rate of vacancies than 83.6% of all neighborhoods in the U.S. This means that the housing supply in Coto is very tight compared to the demand for property here.

Coto de Caza real estate is primarily made up of medium sized (3 or 4 bedroom) to large (4, 5 or more bedroom) single-family homes and some townhomes. Most of the residential real estate is owner occupied. Many of the residences in the Coto neighborhood are established but not old, having been built between 1970 and 1999. Although, a number of residences were also built between 2000, and the present. The way a neighborhood looks and feels when you walk or drive around it, from its setting, its buildings, and its flavor, can make all the difference. This neighborhood has some really beautiful things about the way it looks and feels.

If you come to know the people of Coto, you will recognize that you’re in the company of one of the most affluent communities in the nation. In fact, a mere 1.0% of America’s neighborhoods are wealthier than the Coto de Caza neighborhood. Real estate here is exceedingly well-maintained, and similarly, tends to maintain its value over time. And if the public schools aren’t up to par: Saddleback Valley & Capistrano Unified, the residents of this neighborhood preferentially send their children to private preparatory schools located nearby, Contact Me for a list. In addition, Coto de Caza was ranked amongst the Best Neighborhoods for families in California. In fact, this neighborhood is more family-friendly than 98.6% of neighborhoods in the entire state of California. Its combination of top public schools, low crime rates, and owner-occupied single family homes gives this area the look and feel of true elegance. Many other families also live here, making it easy to socialize and develop a strong sense of community.

Coto also has an amazing Country Club. The Coto de Caza Golf & Racquet Club comes equip with a lovely restaurant, stunning ballrooms which can be rented at your leisure, outdoor dining with gorgeous views, a cigar lounge, and the first private 36-hole country club in Orange County. In addition to the two courses designed by Robert Trent Jones Jr., the Club also offers a 44,000-square-foot clubhouse, a racquet club with 10 courts and an aquatic center with three pools.

Furthermore, the high number of college-educated parents influences the academic success of the local schools. Overall, you will find all of the amenities a family needs to thrive in the Coto de Caza neighborhood. In addition to being an excellent choice for families with school-aged children, this neighborhood is also a very good choice for highly educated executives, active retirees, and urban sophisticates.

Also, this single neighborhood has a higher concentration of married couples living here than 96.1% of all U.S. neighborhoods. Whether they have school-aged children or not, married couples are almost the unspoken rule in the Coto neighborhood. If you are married, you and your spouse, may find many people here with a similar lifestyle, and perhaps common interests. No doubt you will absolutely love it here.

Homes built from 2000 through today make up a higher proportion of the Foothill Ranch neighborhood’s real estate landscape than 96.7% of the neighborhoods in America. When you are driving around this neighborhood, you’ll notice right away that it is one of the newest built of any, with the smell of fresh paint, and the look of young landscaping nearly everywhere you look. In fact, 55.7% of the residential real estate here is classified as newer.